MRF You must have seen this name twice. One, when you used to see Sachin Tendulkar batting in childhood, then you would see MRF Sticker on his bat. Second, when you have bought the first bike and you will have written MRF Tire on its tire. Seeing the MRF at both these places, there must have been confusion whether MRF manufactures bats or tyres. In this article you will know how MRF got started? Whose company is MRF? What makes up MRF? What is MRF Full Form? 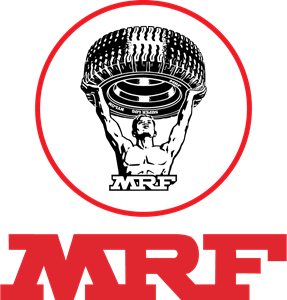 The full name of MRF is Madras Rubber Factory. This is a multinational tire manufacturing company of India, which started from a very small scale and is earning its name all over the world today. MRF is the largest tire manufacturer in India. At the same time, MRF ranks sixth in the whole world.

Madras Rubber Factory was started in the year 1946. Then this company used to make children’s play balloons. This company was started by K M Memon Mappilai. He started this company from a very small level. Memon’s father had participated in the freedom struggle, due to which his father was put in jail. All the responsibility of running the family fell on KM Memon. He started the Madras Rubber Factory in the year 1946 by investing only 14 thousand rupees. In this factory, he used to make balloons with the help of his brother and himself used to go to the shops to sell them. He used to sell around 1000 balloons daily. And used to think of doing something new every day.

After the year 1946, he did the same thing for a few years and after that in the year 1951, Mappilai added some more money and set up a factory to make retreading compound. In this factory, he used to repair old tires and then sell them. He was making a lot of profit in this business. But his company was making big profits by being in a very small position at that time, which was not liked by the big tire manufacturer.

At that time a multinational company ‘Dunlop’ was quite famous in the field of tires in India. If we say that this company had a one-sided rule in the field of tires, then it would not be wrong to say that. This company did not tolerate the interference of any other company in the tire industry. That’s why Dunlop tried hard to get its rival MRF out of the market. Dunlop planned to sell tires below the market price and take the MRF out of the market, but Mappilai was also not a rough player. For him this was the period of his tough test. They worked hard and lowered their prices and survived in the market.

How did MRF progress? | How MRF Success?

On one hand the MRF company was competing with the Dunlop company while on the other hand it was becoming an indigenous tire company of India which was a big need of that time. In the year 1961, MRF was contracted with another tire company, Mansfield, due to which the company made technical improvements and brought MRF to the next level. There was still a lot of struggle in the market for the MRF as many big companies were selling the tire in India at very low prices. MRF fought hard at that time, reducing its expenses, even creating its own ads. After that, he kept the price of the tire down to a great extent and remained in the market. By the year 1987, MRF became an indigenous company.

Many of you also think that the name of MRF comes after the bat in cricket, so does the MRF make the bat. So actually it is not so. MRF started as a balloon maker and today it manufactures tires and toys. The MRF sticker on the bat is just a way to promote the company so that people can know the name of the MRF. In this method, companies give lakhs and crores of rupees to the cricketer to put stickers on the bat. By the way, this way of promoting MRF was brilliant. Because of this, all the people who watched cricket in India and around the world started knowing the name of MRF. This is also a big reason behind the success of MRF.

MRF has made a lot of progress in the last few decades. This company has not only earned profit but has also given a lot of profit to its shareholders. MRF listed itself in the stock market in the year 1993. On that day the price of one of its shares started from Rs 9, which closed at Rs 11. Today after 27 years, its share price is 77,805. In February 2021, its share price had crossed 90 thousand rupees. Since then, whoever bought its share in the year 1993 for Rs 11 is now the owner of Rs 77 thousand. If you had bought even 10 shares at that time, you would have been the owner of Rs 7.78 lakh today.